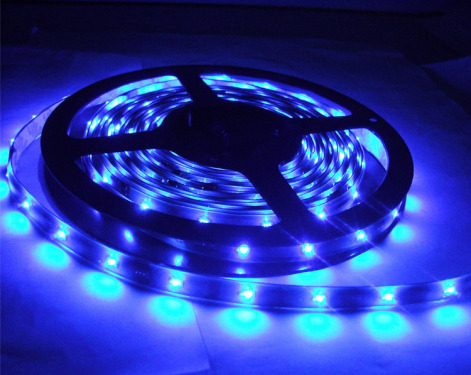 In recent years, European and American countries as well as Japan and South Korea have all introduced relevant LED lighting support policies, and the international giants who mastered the LED core technology also set up quite strict patent barriers. The International Lighting Committee, the International Electronic Motor Commission, and the European Light Engine Committee , the United States Energy Star and other industry organizations have also set up their own LED lighting products related standards, define the rules of the game. At present, Guangdong Province has also issued specifications for LED lighting standard optical components, which are expected to solve the standard problems that have plagued China's LED industry.

Under the economic globalization competition, the global LED industry also deeply feels that it is imperative to integrate specifications and formulate standardized and unified standards. However, among these standards that have been or are to be formulated, who is authoritative, professional, and versatile enough to have the potential to dominate the world and truly become an international standard?

In order to benefit people, integrated LED Guangdong industry quality resources, to fill the gap in the standardization of domestic standard optical components and lamps, to achieve LED application product versatility, compatibility of the LED standard optical components came into being, and in Guangdong Province Science and Technology Department, the National Semiconductor Lighting Under the guidance of the Engineering R&D and Industry Alliance, as well as the implementation of the Guangdong Semiconductor Lighting Industry Co-Innovation Center, the company has achieved outstanding results and laid a solid foundation for promoting the healthy development of China's LED industry and becoming a leader in the world LED industry. With its authority, professionalism, and practicality, LED standard optical components will gradually shift from Chinese standards to world standards, and realize the transformation from Chinese manufacturing to Chinese intellectual manufacturing.

Global competition has intensified. The LED World War broke out. The war in the LED industry had begun vaguely many years ago. It was only that all parties were nipping at the preparation stage and the conflict was not obvious. But this year, LED battles for smoke, the price war has already started, then the channel war surfaced. Looking at the development of the global LED industry, the world war will break out, and the industrial structure will also face reconstruction.

At present, almost all LED lighting applications in the country are on the same starting line. Among them, Japan has secured its leading position in the global LED industry with its strong quality and technological development capabilities. At present, its global market share is about 41.5%. South Korea has the fastest growth rate. In 2002, it invested in the development of the LED industry. By 2010, the market share has approached 10%. The European LED lighting market in 2011 has exceeded 2.08 billion U.S. dollars, and is expected to increase to 3.01 billion U.S. dollars this year, and will become the next fast-growing and mature LED lighting market after Japan.

The market share of Taiwan, China, remained at around 20% between 2003 and 2006, and then it grew year by year, reaching 25.3% by 2010. Mainland China continues to grow slightly, with a market share of only 5% in 2010. Moreover, China's LED industry is low in concentration, small in scale, and lacks core technologies. Under the circumstances of economic globalization and the strict patent arrangement of international giants, the competitive advantage is not obvious. The Chinese LED industry urgently needs a breakthrough that can quickly rise.

The tide of LED standards in the world has been rising. The standards for optical components are few and far between the third-rate companies selling products, second-rate companies doing branding, and first-rate enterprise tree standards. This is especially true for the industry. Set the standard, which is to make the game rules. At present, the International Commission on Illumination (CIE), the International Electromechanical Committee, the European Light Engine Committee, the United States Energy Star, ISA and other agencies are all developing LED lighting standards to compete for the right to speak in the industry.

Looking at the current LED standard, the International Electrotechnical Commission IEC as of June 2011, there are 20 major international standards for IEC and CIE for lighting LEDs, relating to the special requirements of connectors for LED modules, terms and definitions for LED and LED modules for general lighting. etc. The United States National Institute of Standards (ANSI) and the Illumination Society of North America (IESNA), based on the CIE technical documents, issued the performance and measurement standards for solid-state lighting LEDs under the United States Department of Energy (DOE) organization. For LED products, there are currently 146 standards in China. By the end of 2010, the National Standardization Committee issued a total of 23 national standards related to LED lighting, including 1 common standard, 10 safety standards, and 12 performance standards. In addition, according to local development needs of the LED industry, some domestic provinces and cities have also carried out a large number of standard formulation and research work.