There are many ambitious plans in the UK, and there are cooperation points with China's â€œBelt and Roadâ€ initiative, â€œMade in China 2025â€ and â€œInternet Plusâ€. The "British Industry 2050 Strategy" is one of them.

The strategy is based on the future of manufacturing: a new era of opportunity and challenge for the UK, and is one of the Foresight projects. The function of the UK Government Science and Technology Office is to provide informational evidence based on scientific evidence and strategic thinking for government policies and resolutions, and the â€œVisionâ€ project is one of its flagship products, aiming to provide analysis of complex problems with the latest scientific evidence. , propose policy options. The â€œVisionâ€ project covers a wide range of topics, including urban development, industrial development, population, disaster prevention, climate change, etc. It is characterized by two years of in-depth research, extensive evidence collection, and long-term vision, generally 20-80 years. 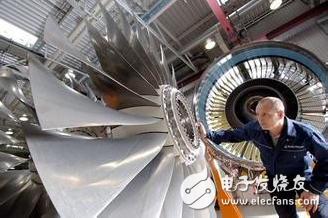 According to the report, the manufacturing industry is not â€œselling after manufacturingâ€ in the traditional sense, but â€œservice + remanufacturing (production-centered value chain)â€, which proposes four characteristics of future British manufacturing: one is fast, Sensitively respond to consumer needs. Producers will adopt new technologies faster and product customization trends will be strengthened. Manufacturing activities are no longer limited to factories, and digital technology will dramatically change the supply chain. The second is to grasp new market opportunities. The BRICS countries and the â€œnew diamondsâ€ will increase global demand, but the UKâ€™s main export targets are still the EU and the US. High-tech, high-value products are the strength of UK exports. The third is the sustainable manufacturing industry. The global resource shortage, climate change, environmental management, and changes in consumer consumption concepts will favor sustainable manufacturing, and the circular economy will become the focus of attention. Fourth, the future manufacturing industry will rely more on skilled workers and increase efforts to cultivate high-quality labor. The report also provided advice to the British government and proposed three systemic areas that require government attention in the future, including a more systematic and complete view of value creation in the manufacturing sector, clarifying the specific stage objectives of the manufacturing value chain, and enhancing the government's long-term policy evaluation. And coordination capabilities. The introduction of this report brought the development of British manufacturing to a strategic level.

Background proposed by the strategy

This situation continued until the economic recession triggered by the 2008 and 2009 financial crises. The bursting financial bubble and the slow economic recovery have made the UK reconsider the importance of manufacturing in maintaining national economic resilience. Strong, export-oriented manufacturing often allows a country to recover from recession faster. Based on this understanding, Chancellor Osborne proposed in the 2011 spring budget report that manufacturing is the core of the UK's economic recovery. The UK needs â€œMade in Britainâ€, â€œBritish creationâ€, â€œBritish inventionâ€ and â€œBritish designâ€. "The advancement of the makers will drive the development of the UK." This background gave birth to the "British Industry 2050 Strategy."

In addition to the high-rise strategy, the British government has introduced a number of manufacturing industry policies in the past few years. These include the High Value Manufacturing Catapult Centre, which uses seven research centers located throughout the UK to provide equipment, technology and information for the company's development and marketing of products. The Advanced Manufacturing Supply Chain IniTIaTIve provides a Â£125 million fund to encourage synergy between the supply chain and major producers. The Manufacturing Advisory Service provides professional guidance to manufacturers to increase productivity and competitiveness. The agency was previously headed by a local government and is now taken over by the British government. The Regional Growth Fund primarily invests in potential projects. As of March 2014, the fund has provided Â£1.5 billion in funding, many of which have flowed to manufacturing companies. In addition, the British government has made great efforts to encourage manufacturing employment. The UK Department of Business Innovation and Technology has launched a number of projects aimed at shaping the image of â€œindustrially attractive career choicesâ€.

The UK government's policy focus is mainly on the following aspects. The first is to encourage the return of manufacturing. In order to attract more local productivity returns that previously moved production to overseas, the UK government chose to help manufacturing companies cut costs, such as using tax incentives to directly reduce UK companies' taxes and fees. In this context, some British companies have chosen to transfer their overseas production capacity to the mainland. Manufacturers such as John-Louis department store, Hornby toy model company and Leyton Group have transferred their overseas production bases back to the UK. The second is to ensure the quality of manufacturing development. The development trend of the British manufacturing industry is not the accumulation of quantity, but the high value strategy. In 2011, the British government identified five major competition strategies for manufacturing, namely, occupying the global high-end industrial value chain, accelerating the speed of technology conversion productivity, increasing investment in intangible assets, helping companies to strengthen investment in human skills, and occupying a low-carbon economy. Develop opportunities and so on. In March of the same year, the British government also announced an investment of Â£51 million to establish nine innovative manufacturing research centers under the Engineering and Physical Sciences Research Council. Its willingness to develop high-end manufacturing is beginning to take shape. The British Industry 2050 Strategy also focuses on high-value manufacturing as the direction of future development. The third is to create a good foundation for the manufacturing industry, mainly in infrastructure investment, high-tech talent training and emerging market development.

It can be seen that the efforts to boost manufacturing industry represented by the "British Industry 2050 Strategy" is not an industrial development model that attempts to bring Britain back to the last century. The UK may no longer have a large manufacturing base and will not become the main employer of the workforce. The traditional industries represented by shipbuilding, steel and mining are in the past. The UK â€œre-industrializationâ€ focuses on the future development of the manufacturing industry and creates an engine for the UK economy.

The UK's efforts to boost manufacturing may be an opportunity to create a "golden age" cooperation between China and Britain. The background of China's â€œBelt and Road Initiativeâ€, â€œMade in China 2025â€ and â€œInternet Plusâ€ is the Chinese out market, the upgrading of China's manufacturing industry, and the development of innovation. The UK's boosting manufacturing industry also reflects the investment and foundation of this old industrial country. Facilities upgrades, scientific and technological innovation cooperation needs. The strategic fit between China and the UK will bring more opportunities for cooperation in the future.