In the past two years, the color TV market has gradually developed towards smart and high-end trends. However, the increasing popularity of 4K TVs has led to the development of color TVs. At the same time, high-end 4K smart TVs have gradually become the shopping choice of consumers and have also become the publicity of TV manufacturers. Focus. 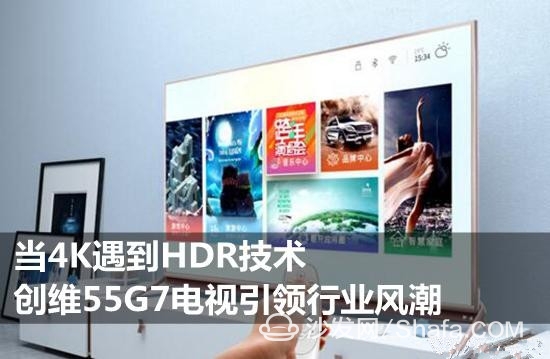 From the standpoint of product structure upgrade, the first major performance is the large size of color TV. According to China Yikangâ€™s retail monitoring data, from January to October 2016, the TVâ€™s average size increased by 1.6å‹ on a year-on-year basis. The increase was 2.2 inches. The size increase of 55å‹ and above is very obvious. From January to October this year, the cumulative share was 23%, compared with 14.5% in the same period of last year. 55å‹ became the first size and became the first choice for the living room TV.

It can be seen from the data that the development of the color TV market has gradually developed towards the high end, and the high end is mainly reflected in the size of the products and the quality of the products. The growth of high-end products is obviously a 55-inch +4K + HDR product, which is a high-end product in terms of size and picture quality. It is more in line with consumers' purchase needs and the vendors' focus.

In addition, since the color TV has entered the era of intelligence, then the structural upgrade of the TV will inevitably lack the smart technology of the product. According to data from Zhong Yikang, the market share of smart TV in China has exceeded 85%. The biggest difference in smart TVs is that users are no longer one-way passive watching TV programs, but can actively choose to watch the program. According to a survey on the market, 75% of users choose smart TV because of its rich content resources, and 21% of users are willing to pay for TV content.

Therefore, in today's era, consumers' tastes focus on high-end smart models, and such products not only meet the viewing experience and quality, but also have a great advantage in terms of content. It can be seen that high-end color TV development will inevitably lead to large-size, high-definition, and intelligent technologies.

Since the birth of color TV products, its image quality has always been the industry's "establishment of the body." Since the popularity of 4K TVs, HDR technology has gradually been pushed into the development of the color TV industry. The layout of color TV manufacturers in China and foreign countries basically adopts 4K+HDR technology.

According to the reporter, HDR (high dynamic range image) can provide more dynamic range and image details than ordinary images. According to LDR (Low-Dynamic Range) images of different exposure times, each exposure time corresponds to the best The detailed LDR image to compose the final HDR image can better reflect the visual effect in the real environment.

However, the human eye has a range of perception for the brightness range. There are some high-end shooting devices that can basically meet the needs of the human eye system, and there are obvious shortcomings in the transmission technology and display technology. HDR TV at this time is the best choice to break through this bottleneck.

In fact, the color TV industry generally believes that 2016 is the first year of HDR TV. HDR has now become the core technology of color TV display. At the same time, the HDR function has basically become the standard for high-end color TV products this year. Taking 4K TV as an example, there are many 4K TVs in the color TV market, and the price and gear zone are also very obvious, but as long as they are 4K+HDR TVs, they are all high-end color TVs. Their quality and color rendering also belong to the high end of the industry. technology.

Lu Jiebo, deputy secretary-general of the China Electronic Chamber of Commerce, said in an interview with home appliance alliance reporters that HDR, as the core enhancement technology of the display quality of the image quality, can provide richer details of the details of the image and details of the shadows, as well as brighter colors to the audience. Get a more impactful viewing experience. TV pixels from HD to full HD to 4K, pixel quality improvement is a key point, but in the 4K era, so that every pixel more high-quality display service for the image quality has become the key, this time the HDR technology It became the main theme of display performance. And because of the HDR technology, in the critical period of LCD TV and OLED TV technology competition, HDR has added points to the LCD TV's image quality improvement. In a sense, it has improved LCD TVs. Competitiveness gave LCD TV new vitality. 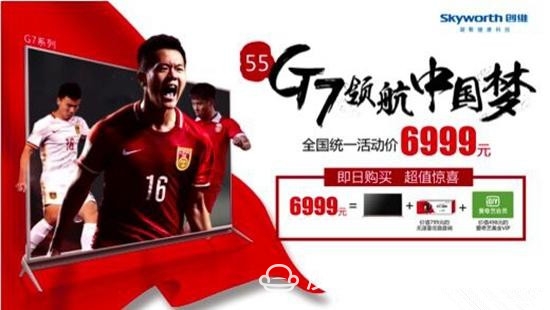 When it comes to high-end 4K+HDR products, the most representative product in the TV market is the new G7 China Dream series released by Skyworth. This series of products has great advantages in terms of appearance, quality, hardware, technology, and intelligence, and it can be described as a truly high-end intelligent model.

In terms of appearance, Skyworth's 55G7 TV is based on the combination of champagne gold and pearlescent white, inheriting a new minimalist and light luxury concept. The alloy sandblasting and diamond chamfering process enhances the overall texture, and the unique lines are matched with brilliant colors, highlighting the incomparable luxury.

Powerful energy in the "core", the processor's power determines the smooth operation of a smart TV, can show powerful features. The total number of Skyworth 55G7 processors is as high as 25, which is the highest benchmark in the industry. However, this is not simply the pursuit of numbers. Unlike ordinary integrated computing methods, the 55G7 uses eight independent computing chips to perform their duties, making the various functions and effects reach their peaks. The power of speech is naturally understandable.

The Skyworth 55G7 is equipped with the newly upgraded second-generation Dolby engine sound, Geek Bar 2.0. This outstanding technology was created by Skyworth and the US Dolby Laboratories. It uses a front-end design that allows the 55G7 sound to be transparent and unobstructed, coupled with an independent audio processor, to achieve a full range of lossless output, perfect support for Dolby and DTS decoding. The sound quality indicators are world-class, making television not just look good. The unique and exquisite style is designed to retain the classic exterior front design while using the new look of the chocolate theme, together with high-end piano paint technology, to show the high-end texture.

As for the system, the Skyworth 55G7 series is equipped with the latest Coolopen 5.5 operating system, which will simplify the complex operation of traditional smart TVs to meet the needs of all types of people, including young and old. Compared with previous versions, the upgrade of Coolopen System 5.5 includes: a brand-new film and television center, a brand-new application circle, and a brand-new UI design. Both the visual and the experience are refreshing and natural.

In terms of content, Skyworth has integrated the advantages of content resources, built the iQiYi resource platform, brought users a large number of genuine video resources, and presented a year of iQiyi paid VIP privilege services to all users who purchased Skyworth 55G7. The strength of resources reflects the advantages and sincerity of the G7 series.

This year's Double 12 has entered the countdown phase, many consumers will choose to buy color TV products online from this time, but I need to prompt consumers, not only in the purchase of the price but also the pursuit of the product's hard targets For example, picture quality, intelligence, etc. Therefore, Skyworth 55G7 products are highly advantageous flagship products. According to report, from the beginning of the Twins until the beginning of next year Yuanchun, Skyworth 55G7 price as low as 6,999 yuan, and presented speakers and iQIYI film VIP card.

In this regard, Lu edge wave, said the traditional color TV companies in the hardware technology of the adobe will be the traditional color TV companies in the Internet and TV regain one city to increase the odds, especially in the HDR technology achievements, it is unmatched by Internet TV the height of. Skyworth's new G7 Chinese Dream Series is technologically advanced, raising HDR display technology to a new level. It also reinterprets the definition of high-end HDR TV. This is the way some of the more innovative displays in the future have led the color TV industry. Generation wave.

FGI`s FGSVG series high voltage Static Synchronous Compensator adjusts the reactive power output by dynamically tracking the change of grid power quality, realize curve setting operation and improve grid quality. In the distribution network, the installation of small and medium-sized FGI`s high voltage STATCOM in the vicinity of certain special loads (such as electric arc furnaces) can significantly improve the quality of power at the connection point between the load and the public grid.