Recently, the net exposed the owner of Yuspu, Ningbo City, Zhejiang Province, owed employees wages to run. In response to this matter, the media launched a survey and found that the company's employee salaries have been paid in place, and subsequent compensation will be implemented within two years. Shi Jishou, chairman of Global Uspup Holdings Group, said that the companyâ€™s liabilities exceeded 400 million and it was unable to repay and announced its dissolution.

On July 17, the reporter learned from the Labor and Personnel Dispute Arbitration Committee of Yinzhou District, Ningbo City, Zhejiang Province that the issue of employee financial compensation has been filed and will be opened for green channel treatment. It will be held in the Labor Arbitration Court next week.

Recently, some netizens broke the news. On the morning of July 13, near the Wangchun Industrial Park in Yinzhou District of Ningbo City, at the intersection of Qixian Avenue and Qiushi Road, Yusipu employees banned the road, causing short-term traffic congestion. The employeeâ€™s sign reads: â€œThe companyâ€™s bankruptcy, the company is required to compensate the employees for their hard-earned money in accordance with the labor law, and ask the government to give us workers a fair!â€ According to the employee, the factory closed down. The boss ran, and the wages of the workers and the compensation they deserved were not settled.

The reporter went to Global Yuspu Electric Co., Ltd., a subsidiary of Global Yusipu Holding Group Co., Ltd. located in Wangchun Industrial Park, Yinzhou District, Ningbo City. I saw that the factory gate was closed and a row of sleepers for carrying equipment was blocked behind the door. .

The guards saw strangers coming in and did not stop. They walked into the gates and went to the building. The ground was filled with wastes such as various papers, integrated circuits and snacks. The reporter saw several certificates hanging on the wall of the first floor. One of the certificates is the "Zhejiang Famous Trademark" issued by the Zhejiang Administration for Industry and Commerce in January 2012 and is valid for three years.

The reporter came to the fourth floor office and found that there were only a few dilapidated chairs and a very large conference table in most of the rooms. Several people were moving the sofas and chairs. There were a lot of paper scattered on the floor, only a few people in the office.

Tang Yuanjie, director of the Office of Administrative Security of Ningbo Global Optoelectronics Co., Ltd., said that Shi Jishou, chairman of Global Universe Holding Group, authorized him to handle related matters. He said that the current salary of the company's employees has been paid in place, but the compensation fees have still not been implemented.

Tang Yuanjie said that a large part of the dissolution of the company was due to the fact that the bank had frozen funds from foreign countries, resulting in no liquidity. He explained that the company's capital flow is transparent, and once the bank finds that the company is losing money, it begins to freeze the company's external funds.

On the 16th, Yan Chaoyang, director of the Management Committee of Wangchun Industrial Park, Yinzhou District, Ningbo, said in an interview with Zhongxin.com that on the morning of July 10, the Ningbo Global Groupâ€™s Ningbo Global Group located at 88 Kechuang South Road, Wangchun Industrial Park Photoelectric Co., Ltd. (registered in Jiangdong District) and Ningbo Global Yuspu Electric Co., Ltd. suddenly announced that due to difficulties in production and operation, the losses were serious, and it was decided that the two companies would be dissolved and the employee's labor contract should be terminated.

On July 13th, employees of Ningbo Global Uspup Electric Co., Ltd., a subsidiary of Global Uspup Holdings Group, were worried about their wages and were stuck on the road after hearing the news of dissolution. Yan Chaoyang said, "In fact, this day the boss is still in Ningbo, did not go, but there is no employee representative to find him, they went directly to the road to block."

Subsequently, Shi Jishou, the chairman of the board, was forced to come to the management committee of Wangchun Industrial Park again to negotiate with the employee representatives. Yan Chaoyang said: "The negotiations are very clear, that is, the announcement of the dissolution of the afternoon, the wages on the spot, and the July salary was all released on the afternoon of July 13."

As for the compensation issue, Yan Chaoyang said that because the workers did not believe in Shi Jishouâ€™s promise, the two sides went on legal proceedings and are now engaged in labor arbitration.

On the 15th, the reporter went to the headquarters of Ningbo Global Optoelectronics Co., Ltd., located on the 24th floor of Zhongnongxin Building. There was no registration at the front desk. The reporter tried to enter the company by ringing the doorbell, but was rejected by the staff. He claimed: "The dissolution of the factory is a matter of the factory. There is no dissolution here. There is something to find the chairman."

Shi Jishou said that since 2008, the country's export situation has been bad. The factory's sales performance has been step by step. The factory has been losing money, but it is still insisting that "it has not been maintained until now."

Shi Jishou said that the two factories that were dissolved were about four or five hundred people. As for the real estate companies under the company, there are not many people. There are about 20 or 30 people. The real estate business still earns some money, but not much.

The case of dissolving the economic compensation fund of the Labor and Personnel Dispute Arbitration Commission of Yinzhou District of Ningbo City was held in court, and finally a total of 307 laborers who met the conditions for arbitration were found. Ningbo Global Optoelectronics Co., Ltd. entrusted the agent that the company is still in the bankruptcy liquidation stage.

According to statistics, Ningbo Universal Yusipu Electric Co., Ltd. involves 170 people, Ningbo Global Optoelectronics Co., Ltd. involves 154 people, a total of 324 people. Wang Weiwei said that the number of materials accepted by the two factories is not complete. There are still dozens of employees who can't contact them. If they are contacted in the future, they will also open a green channel.

( This article is reproduced on the Internet. The texts and opinions expressed in this article have not been confirmed by this site, nor do they represent the position of Gaogong LED . Readers need to verify the relevant content by themselves. )

A PVC Insulated Power Cable is a electric cable with flexible copper or aluminum conductor ,PVC insulation and PVC sheath. For some special application like for direct burial or for exposed installation, protective jacket of steel tape or wire is also necessary. The shape of PVC insulated Power Cable may be round or flat.  Some PVC cables may select flame retardant material sheath for fire safety consideration. 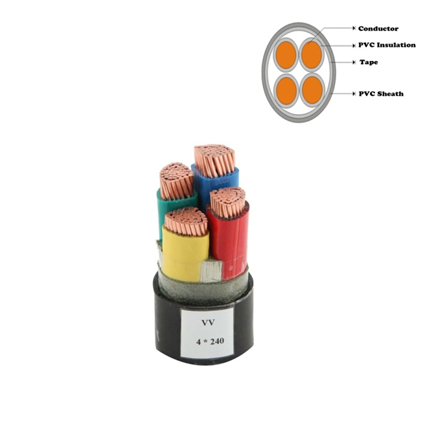 l  The ambient temperature under installation should not below 0â„ƒ. 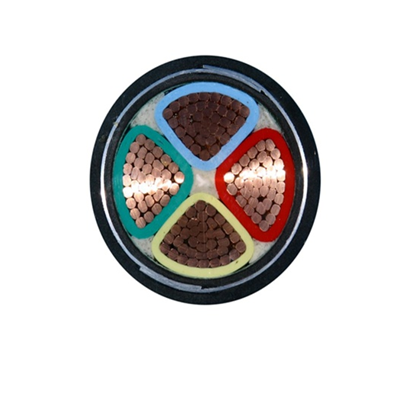 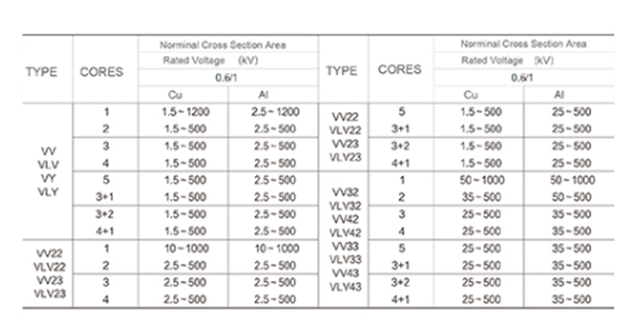 Q: Are you a factory or trading company?
A : We are a manufacturer. We are professional in developing and producing electrical wires and cables since 2001.

Q: Can I visit your factory?

A :Yes!  You are welcome to visit our factory for further detail check.

Our factory is located in Minqing,Fujian.You could choose to fly to Xiamen/Fuzhou International airport. And tell us your flight No. We will arrange to pick you up if you like.

Q: May I buy samples from you?

A: Yes! You are welcome to place sample order to test our superior quality and services.

Q: Can you put my brand name (logo) on these products?

A: Yes! Our factory accepts to print your logo on the products.

Q: May I know the status of my order?

A: Yes .The order information and photos at different production stage of your order will be sent to you and the information will be updated in time.

We would like to offer you professional cable solutions to your particular requirement. And OEM service is available based on official and legal authorization. Please do not hesitate to contact us for more details.