[High-tech LED report] In 2010, the hot investment of LED upstream, especially epitaxial chips, suffered from the market's cold period in 2011. The demand in the terminal market was not as expected. Global epitaxial chip manufacturers could not escape the fate of falling gross profit margin. At the same time, the LED industry seems to usher in a new round of reshuffle, how the middle and lower reaches of the LED industry should face the unfavorable situation. Wang Lianghai, vice president of Tongfang Co., Ltd., and Zhang Xiaofei, CEO of Gaogong LED, had a thorough and thorough conversation on the current situation of epitaxial chips and industry reshuffle. 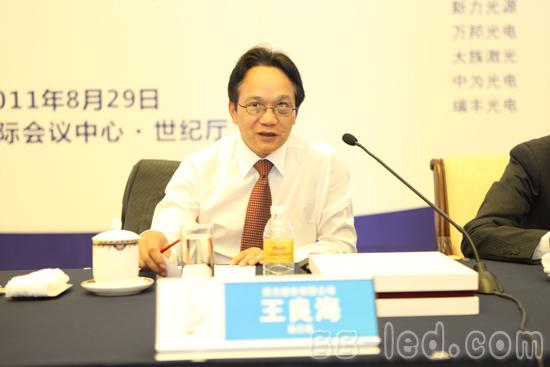 Talking about the situation of epitaxial chip

Wang Lianghai: The days of doing Blu-ray chips this year are not very good. The most sad thing is to be a manufacturer of small power chips. Many domestic epitaxial chip manufacturers have laid the foundation from low power, and now some epitaxial factories are on the verge of bankruptcy.

Wang Lianghai: Taiwan's local LED industry has been doing it for many years, and the matching raw materials are all built in Taiwan. However, there are few such supporting industries in the mainland. The price of raw materials is a little higher than that of the mainland. The brightness and price of the chips are temporarily made in Taiwan, and some can only be used at low prices.

Zhang Xiaofei: Who are these low-end suppliers? I sometimes get confused, and some epitaxial chip manufacturers are still very good at saying that the output has reached hundreds of millions.

Wang Lianghai: All epitaxial factories will have low-end chips, at least 20%. If the control is not good, at least 5% of the epitaxial wafers are not bright enough to be made into small power chips. When the manufacturer of the epitaxial chip is debugging the MOCVD machine, the machine has to run for one month to come out of the stable product. In this time, as long as you have a new machine, you will continue to come out of the low-end products. Tongfangâ€™s shares were only launched in January this year. From the time of stabilization to the current power chip, customer certification has taken almost half a year.

Zhang Xiaofei: Then, do you think that domestic chip manufacturers can really achieve high power and high brightness?

Zhang Xiaofei: It is said that the operating cost of a MOCVD is at least $300,000-400,000 a month. Even if you don't turn it on, the depreciation of the equipment is not low, there are gas, air conditioning, etc.; if you turn on the power, and there is no good product, the cost is very high. What is the cost structure of the epitaxial wafer?

Because you can't stop production, if you stop production and start again, the quality of the product should reach the original level, and it may take 3 months. The customer's process of LED chip certification is very long. The products of the packaging factory are sold to the end customers, and the terminal customers are going to do the certification. It takes about 3 months to 6 months. In addition, customer certification is cost, your relationship is not good, the manufacturer simply does not let you try, you want it to take a 10K, get the laboratory certification, it takes a lot of manpower, it takes time to spend.

Wang Lianghai: Now the MOCVD machine is going to come out with good products. You are now playing the LED industry, not only a technical competition, talent competition, capital competition is also very important. Of course, the current listed company may not be bad. Compared with other listed companies, the most essential difference between Tongfang shares is that LED business is only one of the diversified business of Tongfang. The diversification of the group still has its advantages.