On April 14th in the past, an Internet company in China played a big one with a zero hardware price and an equal membership fee, creating a carnival day known as "hardware free." The slogan of content-subsidizing hardware has been chanted for several years, but this time it is truly a rooting ground. The ecological model of word of mouth seems to have defeated the hardware charging model, but how much difference does it make when it comes to carefully studying, buying members to send hardware, and buying hardware to send members? 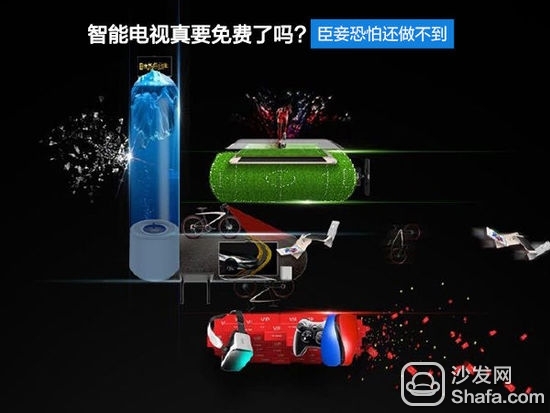 Every time we hear that Internet companies boast about content ecology, we always feel that it is a kind of vain thing. But when you see them come up with advertising revenue, sales data, you'll be surprised to find that ecology can really make money. However, this road to making money is not easy. 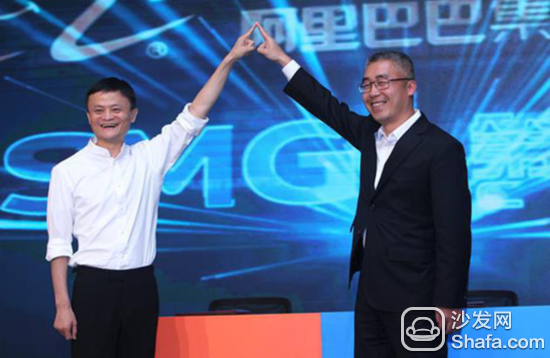 Although LeTV earned a lot of money, Microwhale Technology, which also holds the banner of the Internet, lost a total of 130 million yuan in 2015. Other Internet TV manufacturers, such as storms, pop, PPTV, etc., are also dying on the lifeline, and there has been no major breakthrough in sales and profits.

The intelligent ecology of Internet TV can be roughly divided into two directions. The first is the ecology as large as LeTV, and the second is the ecology of platform-like platforms such as Coolpad. The power required for the two ecosystems is very different. LeTV's vertical integration needs to swallow a lot of content, especially in China where copyright awareness is increasingly strong, and LeTV needs huge financing to purchase copyright. The co-win-win model, such as Coolo, is free to select the best content providers in the industry, but it loses control over content and services. 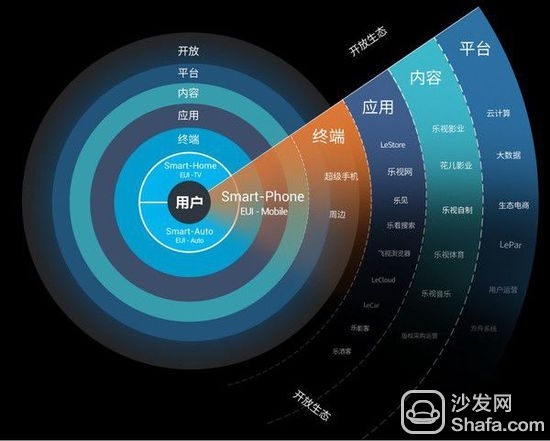 Although the Chinese market is huge, the ecological thing, no matter what type it is, has to be built on top of it. Everyone wants to share a share, how can it be so easy to upgrade the body? If you really follow the idea of â€‹â€‹free hardware in the music as the ecology, there is no user, where's the profit? Therefore, encircling the user's ecological concept of light is not acceptable This is not a back-feeding relationship.

So the author boldly came to a conclusion that the real way to get the hardware free is that ecology is not enough, and the hardware must be excellent. Today's consumers will not only buy because you are cheap enough, and even if they don't care about quality even if they are free, nobody cares about the product and ecology is impossible to talk about. Therefore, in the TV field, traditional manufacturers with excellent products occupy the leading position in sales. The hardware is excellent and free, even if you have to use members to boot, then there are still a bunch of people rushing to. This sounds like a bit of a feeling of not being able to make money, but isn't it all the way to subsidize the economy? For the time being, it depends on distributing advertisements to earn income.

Traditional manufacturers can't do it.

Internet companies can use PPT to call you a man, but traditional manufacturers must use products to teach you to be a convinced person. 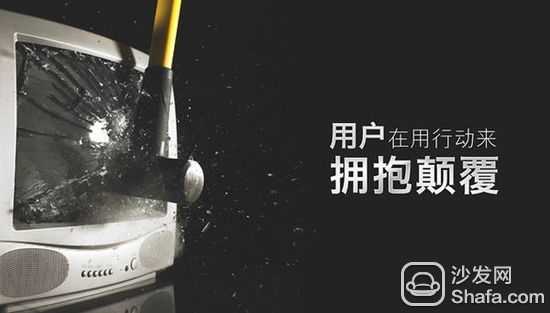 If you put the idea of â€‹â€‹free hardware in the hands of traditional manufacturers, it will not work. The offline channels that have accumulated over the years are not busy. The research and development of technology and the after-sales service of products rely on the profits of hardware to support them. Even many brand manufacturers support the companies in the supply chain. However, traditional manufacturers led by products and technologies are also very much envious of the ecological pie because it is more profitable.

So the road to cooperation and transformation began. The initial step was the TCL. This huge LCD TV production and distribution company has a 14.9% share of domestic TV market shipments. However, the transition to the Internet + is like the old man and has not moved. Need someone to push him. This mission came to LeTV. In December last year, TCL and LeTV took a successful hand. It can be said that LeTV is in rapid need of a partner to solve the capacity and hardware technology. It can also be said that TCL is making slow progress and urgently needs a fresh dose of blood to expand its content and Internet thinking. . In any case, they came together right after another. In the previous period, LeTV also released several HDR curved TVs based on TCL technology. 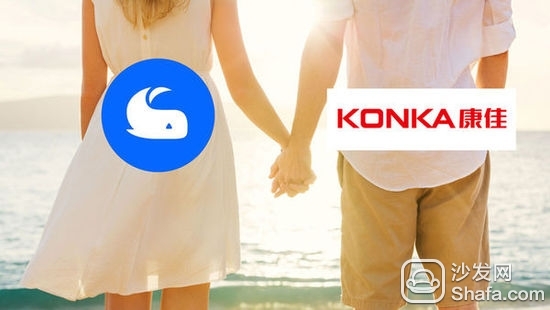 In addition there is also a pair of small partners who have come together, Konka and the Little Whale. It is also the transformation of traditional manufacturers and the expansion of the new domain of the Internet. LeTV spent 2.875 billion yuan to buy 20% of TCL shares, while micro-whales spent 450 million yuan to buy shares in Konka. According to such a situation, it can be felt that traditional manufacturers are not really doing well now. At present, the strategic cooperation between Microwhal Technology and Konka is still in progress. I have content, online channels, Internet marketing thinking, and you have productivity, hardware infrastructure, core display technology, and we should come together.

After coming together, hardware free games can play more routine. Your hardware is reliable and my content is attractive. Members and advertising can be a great asset for the living room economy. Only by replacing the hardware once in four or five years to generate revenue, the money is certainly not as fast. However, this free slogan must still be met only by Internet companies like LeTV and Microwhale.

Hardware is free, rely on what to feed yourself?

First of all, we must understand that if the hardware is really free, then where does the money for R&D, production, sales, and after-sales come from? At present, the thinking of China's Internet companies is at the forefront of the world. This is not bragging and listening to the author slowly. Road. 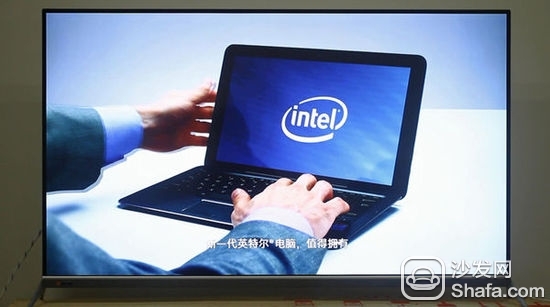 Advertising distribution has become a means of making money for television companies. The so-called living room economy is just using your habits of watching TV to push various advertisements for you to increase the click-through rate, transaction rate, and liquidity rate. How much TV sales are, how many families these ads can be distributed to, this is not like one-to-one advertising in public places. This is one-on-one, and advertising companies prefer to vote. 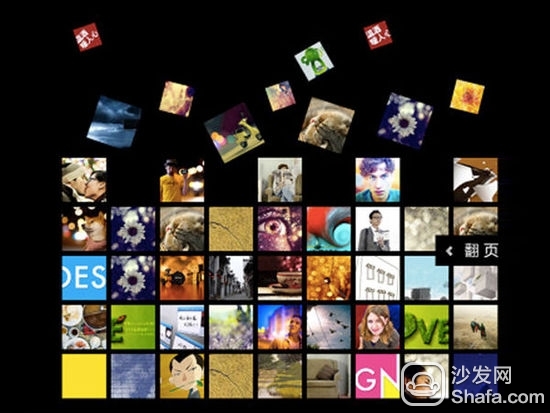 Coupled with the study of big data on user habits, this large screen of TV can display more accurate advertising information, even to show you at different times, such as the morning news feed time for you to import imported milk; know you need Housekeeping service, for you to push 58 in the same city; see you recently visited the mobile forum, push music as your mobile phone; you may still be watching TV in the early hours for you to push the kidney treasure.

Membership services have also become an important gateway to making money. As mentioned above, no member has to continuously accept the bombing of advertisements. Even some TV apps can make money by watching advertisements. You can earn 0.01 yuan for a 1-minute advertisement. So many people began to accept this pay-per-view mode, which is a healthy way for market development. 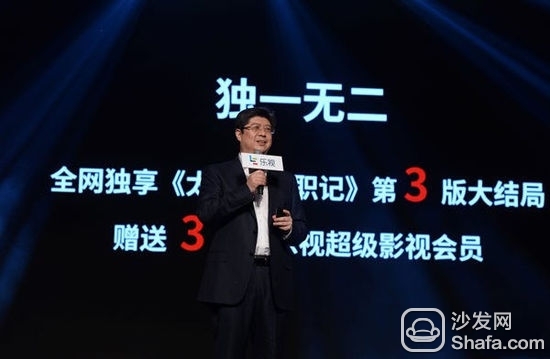 Apart from being disturbed by advertisements, members can also watch many exclusive videos and channels. For example, some time ago, LeTV's "Prince's promotion" was a LeTV member's first release, saying that this move is also true, and even television dramas have started. There is also a wide variety of solo broadcasts, not to mention. Some TV manufacturers have only provided aggregating platform for their content. The charging members actually have several projects. Some consumers have been bought by one of the members. However, they found that many channels still can't be seen. This is also Shenkeng. 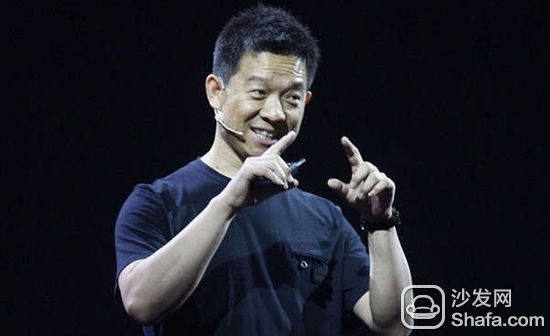 If you don't have a certain amount of body and you want to play like this, then you have to have a storyteller like Jia Yueting. You can paint the cake first, then slowly ing in the flour. Of course, this is not just about one person, but rather a forward-looking thinking. Or take music as metaphor for it, it was just a video site earlier, in the era of rampant pirated video, no video site has any interest in the purchase of copyright, but LeTV is far-sighted just spent the price of cabbage, bought back a lot of important Video copyright makes it the largest video site in the country with content reserves. Therefore, Jia Yueting has the capital to tell stories to big bosses. The people who hold the capital are not fools. They don't have a little strength, but utopian dreams will definitely not give them money.

Summary: Hardware for free may become a very good sales model for the future market. Pure individual hardware sales will disappear from the market. More spiritual and cultural aspects will be added to hardware products to make the hardware play its maximum. the value of. Of course, this road will not take the pass, you have to see whether the Internet companies have come up with a good idea to break the long-term past contracts. Capital's creativity and inertia are inherent, and conventional things must be terminated by this unprecedented action.