Before discussing DLP technology, let's take a brief look at the history of DLP and DMD. DLP technology was developed by Dr. Larry Hornbeck of Texas Instruments. Dr. Larry Hornbeck has been working on the principles of using reflection to control ray casting since 1977 and successfully researched DMD in 1987. The DMD chip was first used in the ticket printing machine. In 1993, the DMD-based optical system was named DLP. The earliest DMD chip was driven by analog technology, and the reflective surface was made of a flexible material, which was called "Deformable Mirror De-vice" at the time. Ten years later, Dr. Hornbeck officially replaced analog technology with digital control technology, developed a new generation of DMD devices, and changed the name to "Digital Micromirror Device." In 1993, DLP projectors began to develop. In 1996, DLP products were launched, and the domestic DLP projectors officially entered the market after 1999.

From the history of DLP, it is not difficult to see that DLP technology is very young compared to LCD liquid crystal display technology. However, the emergence of DLP technology successfully broke the monopoly of LCD LCD projectors, and in the next long period of time and 3LCD technology equally divided, each occupying half of the country. 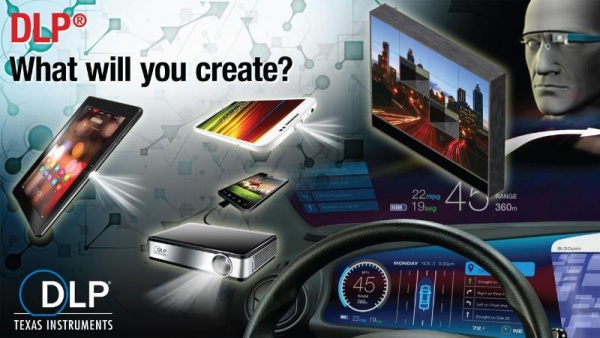 In the years of competition with 3LCD projectors, the biggest advantage of DLP projectors is the price/performance ratio. Secondly, the DLP projector can achieve a smaller volume and a much higher contrast ratio. Of course, in the most important color display of the projector, the DLP projector has poor color saturation, easy rainbow phenomenon and low color brightness. Although TI and major manufacturers have introduced the "extreme color" technology, replacing the SDR chipset and other changes with the DDR chipset, but from the author's actual measurement situation, the same price DLP projector picture purity and so on and 3LCD projector There is a gap, which is particularly evident in industry machines.

As the owner of DLP technology, Texas Instruments does not produce terminal products such as projectors, but only provides manufacturers with DMD chips and video processing chips, which to some extent guarantees the fairness of competition in the DLP projector market. At present, most of the world's non-Japanese projector brands use DLP technology, and DLP projectors in Japanese brands including Mitsubishi Electric, Hitachi, Sharp and other brands also occupy a more important position. According to incomplete statistics, the current projector brand adopting DLP technology. Already as many as 80 or so.

To make it easier for users to understand DLP technology, Texas Instruments has also produced a DEMO video to show the imaging principle of the DLP projector (video point). Through the video, we can see that when the light emitted by the bulb passes through the condenser lens and the color wheel, it is decomposed into three primary colors of R, G, and B and projected onto the DMD chip. The light is then reflected by the DMD lens and projected by the projection lens. Of course, the reader can also get a general understanding of the DLP projector through our disassembly (click here to enter the BenQ MP724 disassembly).

If you want to explore the principle of DLP projector, you must find out the two parts of the color wheel and DMD chip. We will introduce the two parts in detail below.

This needs to be based on the principle of light. Sunlight, incandescent light, and fluorescent light are all composite light. The light emitted by the projector bulb is of course within the scope of composite light. Composite light always contains different presentations and different frequencies of light (single-frequency light is laser). The color wheel filters the composite light into three primary colors of red, green and blue by high-speed rotation.

The surface of the color wheel is a very thin metal layer. This layer of metal is vacuum coating technology. The thickness of the coating corresponds to the spectral wavelength of the red, green and blue colors. When the white light passes through the metal coating layer, the color of the corresponding spectral wavelength will pass through the color wheel, and other colors are blocked and absorbed, thereby completing the separation and filtering of the white light.

In order to solve the rainbow phenomenon, the major projector manufacturers have done a lot of work on the color wheel, the most simple and effective way is to increase the speed of the color wheel. From the early 1x speed to the current 6x speed, the current color wheel has reached a maximum speed of 360 rpm, or 360 Hz. The 6x speed wheel basically eliminates the rainbow phenomenon, but due to cost and technical limitations, most projectors currently use a 4x speed color wheel.

Among them, the four-stage color wheel adds a colorless filter to the traditional three-stage color wheel, and the light efficiency can be increased by about 20%. However, since the colorless filter transmits white light, it is superimposed on the three primary colors, making the picture brighter than its original performance. This method of adding a colorless filter (usually referred to as a white segment) increases the brightness of the projector, but the color saturation of the projector is significantly reduced. Because the transparent filter passes, it will dilute the color of the front, and will cause the illusion that the white point flashes, so it will make people feel the picture shake. This is another problem that DLP projectors have been criticized for - "color brightness" is low. Questions about color brightness can also be found here.

The five-stage color wheel adds a yellow filter to the four-stage color wheel, effectively utilizing the energy of the bulb at 580 nm. BenQ refers to this color wheel as the "golden color wheel". Toshiba will use this color. The wheel is called the "spinning wheel"... Different manufacturers have different names. The five-segment color wheel enhances the color performance of the DLP projector, but the image quality is limited and the image jitter still exists.

SCR (SequenTIal Color Recapture) is also called continuous color compensation technology. Its basic principle is similar to the above color wheel technology. The difference is that the color wheel surface adopts the Archimedes principle spiral optical coating, and the collecting column (optical channel) adopts special Gain technology can compensate part of the reflected light, which greatly improves the brightness of the system (about 40%). However, the color wheel processing technology is relatively complicated, and currently only a few projector manufacturers use it in products.

BrilliantColor is a new color processing enhancement technology announced by Texas Instruments in 2005. To put it simply, the ultimate color technology is a color wheel that combines three primary colors and three complementary colors, and an appropriate color matching algorithm circuit to achieve the purpose of improving the color display capability of a single-chip DLP projector. However, it should be noted that Texas Instruments only proposed this technical concept. The DLR projector manufacturers have different color color wheel designs according to different actual conditions, so the imaging quality is also very different. However, the ultimate color technology leads DLP projectors from the traditional three-color processing to the new era of multi-color processing, destined to leave a strong stroke in the history of DLP projectors.

After spending a lot of energy on the color wheel, let's take a look at another major core of the DLP projector, the DMD chip.

If the projector manufacturer can produce different products according to their actual needs in the development of the color wheel, then the DMD chip is completely in the hands of Texas Instruments. After more than ten years of development, the DMD chip has not only scaled from 0.55å‹ to 0.95å‹, but also developed from the SDR DMD chipset to the DDR chipset, and the resolution is up to 4K (the resolution of the first DMD). Only 16 & TImes; 16), Texas Instruments even called the DMD chip the world's most sophisticated optical components.

The role of DMD is to mix the three primary colors of light transmitted by the color wheel and convert them into color images through data control. Although it seems simple, but the technology is extremely high, how does DMD achieve this function?

DMD is an integrated MEMS superstructure circuit unit made with COMS SRAM memory cells. The DMD superstructure is fabricated from a complete CMOS memory circuit, and through the use of a photomask layer, an upper structure in which an aluminum metal layer and a hardened photoresist layer are alternately formed. The aluminum metal layer includes an address electrode, a hinge, and a hinge. A yoke and a mirror, the hardened photoresist layer acts as a sacrificial layer to form two air gaps. The aluminum metal is sputter deposited and plasma etched, and the sacrificial layer is plasma-ashed to create an air gap between the layers.

From a technical point of view, the construction of the DMD chip includes three aspects of electronic circuit, mechanical and optical. The electronic circuit part is a control circuit, the mechanical part is a structural part for controlling the rotation of the lens, and the optical part is the lens part. When the DMD is working normally, the light passes through the DMD chip. The surface of the DMD is covered with a small volume of rotatable lenses, which will be rotated to reflect the light. The rotation of each lens is controlled by the circuit. Each mirror rotates only one color at a time (for example, a micromirror that projects a purple color pixel is only responsible for reflecting red and blue light on the projection surface, while a micromirror that projects orange-red pixels is only responsible for proportionally reflecting red and green on the projection surface. Light (high proportion of red, low proportion of green), the rotation speed of the mirror can reach thousands of revolutions, so many mirrors change at such a fast speed, after the light is projected onto the screen through the lens, the visual organ is given The illusion is that the human eye is mixed with the three primary colors of light that are flashing rapidly, so that the mixed color is seen on the projected image.