A light-emitting diode (LED) that can be used as a home appliance in color light. Red, yellow, green, blue, white, LED ushered in the era of not having to care about the price and use it freely.

The technicians of LED manufacturers said, "Now, red and yellow LEDs, Taiwan's 'by the pile of how much money." Calculated. It is cheaper than bean sprouts." LED usage around the world is very large, and consumption is increasing. .

White and blue LEDs are also beginning to be affected by this momentum. It has become a product that is neither high nor special. The first is that the price of blue LEDs begins to collapse quickly. Note 1).

Note 1) The price of blue LEDs has fallen sharply since 2002. The reason is the increase in supply. There are two reasons for the increase in supply. (1) On September 17, 2002, Nichia Chemical Industry and Toyota Synthetic reached a settlement. The terminal manufacturer adopted one of the company's blue LEDs, no longer have to worry about being sued by the other party. (2) American Cree and Taiwan Hua New manufacturers such as Shanghai Optoelectronics have developed blue LEDs and started to supply them.

The developers of a mobile phone manufacturer exclaimed: "Oh, blue LEDs are much cheaper. Three or four years ago, one would need a few hundred yen, and now only a few dozen yen." It is said that the price of blue LED modules used for backlights of liquid crystal panels has dropped to 1/10 in the past few years. As for the cheap blue LED lights, Europe, the United States and Taiwan actually appeared 10 yen (8 cents) of the sale price of the note 2).

Note 2) The higher the brightness, color performance and life of the LED, the more expensive the price. Cheap LEDs are generally made into a cannonball shape and are called "bullet-shaped LEDs". In most cases, the brightness and other parameters are lower.

In the era when the price of blue LEDs is as high as several hundred yen, the black-and-white LCD panel can only show the high-end feeling by emitting blue light. This mobile phone is also the object of envy of users.

With the changes of the times, the price of blue LEDs is now less than tens of yen. â€œBefore the blue LED was a high-end product, it has always been regarded as a 'forbidden zone' in the toy field. But the price has fallen sharply since last year (2002) and was quickly used in the productâ€ (Toy maker TOMY (at the time)) The scope of its application has expanded rapidly.

Affected by this, even the price of the most high-end white LEDs began to decline. White light can be obtained by mixing blue light in red light or green light, or by adding a phosphor material to a blue LED. The cheaper the blue LED, the lower the price of the white LED.

As LCD panels move toward color, most mobile phones use white LEDs in backlights. The unit price of white LEDs has fallen to 80 yen in 2002, and it is expected to fall to 50 yen by 2005. "Overseas, the color screen of mobile phones has accelerated, and there have been many manufacturers engaged in the white LED business. From these factors, the price may fall at a faster rate" (Rusui Securities).

In this way, the LED ushered in an era in which any color can be realized without being concerned about the price and being used in large quantities. As if to reflect this, you can see "Which product uses LED?", "This is also LED?"

In the use of LEDs, the most used is to "illuminate" an object. Where an LED is used, there must be an object to be illuminated. In the field of new products in which LEDs have recently been embedded, there has suddenly been a case in which manufacturers who have been photographed have responded quickly.

At the time, Advanced Display said, â€œContent producers must take countermeasures. But once users see beautiful images, they will not allow color functions to go backwards. I hope other products will have the same function in the future.â€ Mobile products are required to pay more attention to color management. Not only are dedicated game consoles, but also games that can play games, such as mobile phones and PDAs, are also increasing. The performance of these products is also increasing, and it is expected that the case of this game console will be extended to other terminals. 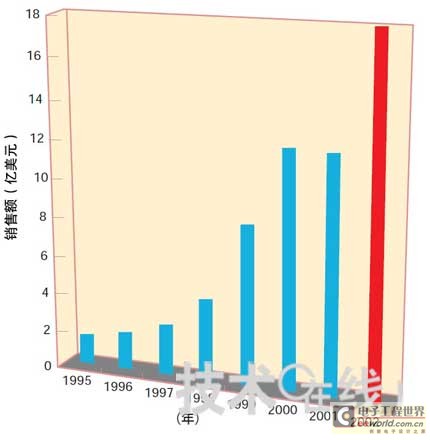 In 2002, the global high-power LED market grew sharply, setting a historical record. The main driving force is the GaN-based white LED for mobile phone backlights. The above findings were published by Robert Steele, head of the photovoltaics division of the US research firm Strategies Unlimited, in the "Strategies in Light 2003" held by the LED Technology Society in the United States in February 2003. According to Steele, sales of high-power LEDs increased by 50% in 2002 over the previous year, creating a record of $1.8 billion, up 55% year-on-year.